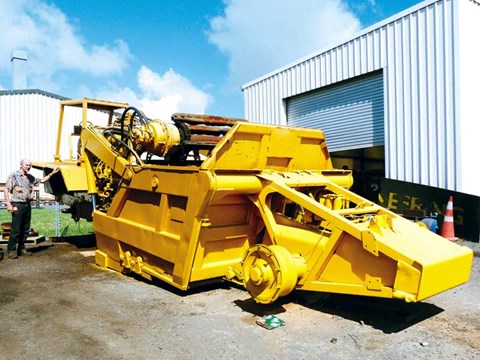 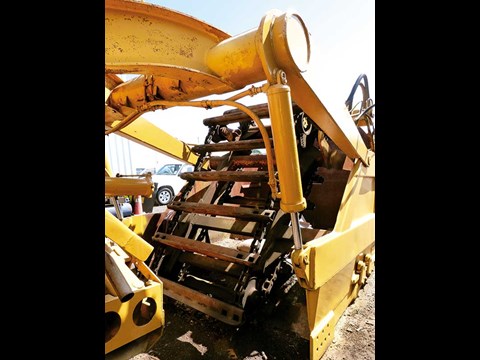 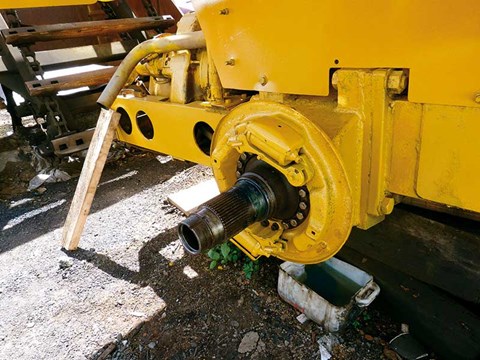 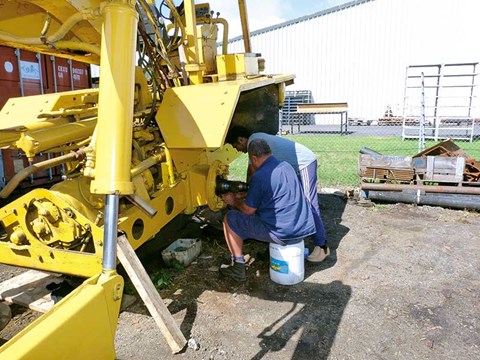 I walked around the back of BS Engineering’s workshop and right before my eyes was an amazing old WABCO 101F elevating motor scraper waiting to be restored.

Jim Coxhead, the co-director of BS Engineering, has owned this old WABCO 101F for a number of years and had used it on an industrial subdivision he was involved in at Wiri, South Auckland.

Since that time, the machine has had a bit of a chequered history, having been stolen at one point and later advertised for sale by someone of dubious integrity who it appears, believed he actually owned it.

Coxhead saw it for sale online and immediately identified it by looking at the after-market grab handle made of rebar.

I would’ve preferred the machine to have been a WABCO111A, as the two models were quite different in specification.

Whereas the 101F is steered by hydraulics with a steering wheel, the 111A is steered by electric motors which are operated by a small switch about the size of a thumb, mounted on the dash panel.

The electrically steered models were often referred to as "widow makers" due to their tendency to over-steer, not a good thing to happen at their top speed of around 60km/h.

The other major difference between the two machines was that the 111A was generally powered by a Detroit 6V71 while the 101F had Cummins 504 donk.

The scraper dates back to 1883 in the form of the Fresno scraper which was a device pulled usually by two horses. The driver walked behind the contraption raising and lowering the cut by way of a handle at the side. These machines didn’t have any wheels and slid across the ground on skids as does a sledge.

Fresno scrapers sold in their thousands between 1884 and the early 1900s as they could move many times the volume of topsoil than could be shifted with picks, shovels and wheelbarrows. 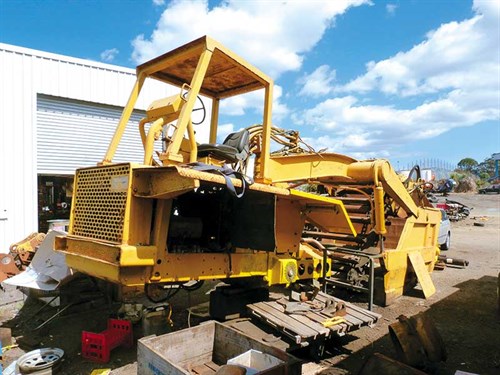 Robert G Le Tourneau was an American earthmoving contractor/engineer/mechanic who coincidently was born in 1888, the year the Fresno Scraper was invented.

In 1920 Le Tourneau started building scrapers by improving on the Fresno design in a factory in Peoria, Illinois. He went on to build factories throughout the USA and expanded his empire to as far away as Australia, with a factory in Rydalmere, NSW.

Le Tourneau continued to improve on scraper design, using his hands-on experience while building the Boulder Highway and working on construction of the Hoover Dam in Nevada.

In 1953 he sold his entire earthmoving line to Westinghouse Air Brake Company (WABCO).

Westinghouse Airbrake Company was formed by George Westinghouse who was famous for his 1869 invention, the Railway Air Brake.

Even as late as the 1960s, WABCO111A motor scrapers still had the words ‘Le Tourneau – Westinghouse’ emblazoned on the sides of the machines even though the name badge on the front grille was WABCO.

History lesson over – the Jim Coxhead machine, to be honest was looking a little bit worse for wear on the day I first spotted it but let’s face it, there are not all that many of these old beauties around these days.

Coxhead says that the old machine is far too good to scrap so he’s put a couple of his engineers on the job of getting it back to working order.

At the time of my visit the plan was to get the wheels back on the machine, give a bit of a tidy-up and put it to work on shifting a huge pile of dirt adjacent to the BS Engineering workshop.

Weather permitting, we expect to see the old 101F in action in next month’s issue.

Read the full article in issue #261 of Deals on Wheels magazine. Subscribe here. 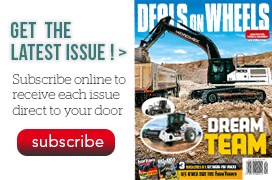 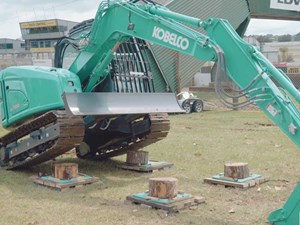 MIMICO's Chris Skelton shows us the impressive Kobelco SK75SR-7 that was used at the MIMICO Excav...